“Captivating and liberating,” (PopMatters) the infectiously danceable LA-based band Changüí Majadero has distinguished itself with a modern take on the Afro-Cuban musical tradition of changüí, the 19th century foundation of contemporary salsa informed by African influences.

Founded by tres guitarist and vocalist Gabriel García, the band was the result of García’s pivotal pilgrimage to the Guantanamo region of Cuba, where he learned the changüí from the living masters of the style and was inspired to spread the spirit of Cuban folkloric music mixed with a dash of East Los Angeles grit.

Changüí Majadero has played in such disparate settings such as Lincoln Center, SF Jazz, the New Orleans Jazz & Heritage Festival and even Dodger Stadium. The band released their self-titled debut recording in 2016 that encompasses compositions bristling with propulsive rhythms and evocative vocals — a celebrated release that All About Jazz called “joyous music, deserving greater recognition.”

Tomorrow at 5pm PST (4/5) @changuisero will be hosting a live podcast followed by a solo guitar/vocal performance via FB & Youtube📺 LIVE!!⁣ ⁣ Gabriel will be interviewing Jason Zepeda.⁣ Jason Zepeda, born & raised in South Central Los Angeles CA, is a musician/lead vocalist of @lachambamusic, artist, vegan, practitioner of Dao, & much more..⁣ ⁣ We will be talking about what we have been up to during this whole COVID-13 pandemic. ⁣ ⁣ Tap link in bio for the live stream URL or to make a tip or donatation 💵

SAN FRANCISCO!! Excited to be back at @sfjazz on Friday, August 7th, 2020!! Pre-Sale tickets 🎫 are up! Visit sfjazz.org #SanFrancisco #LosAngeles #Cuba

It was great to reunite with our friends @okanmusicacuba in #NewOrleans @folk_ alliance We are trying to bring them to LA to do a show with us and @quitapenasmusic Who's down to see that? Fue genial reunirnos con nuestros amigos @okanmusicacuba en #NewOrleans @folk_ alliance Estamos tratando de traerlos a Los Ángeles para hacer un show con nosotros y @quitapenasmusic ¿Quién quiere ver eso? 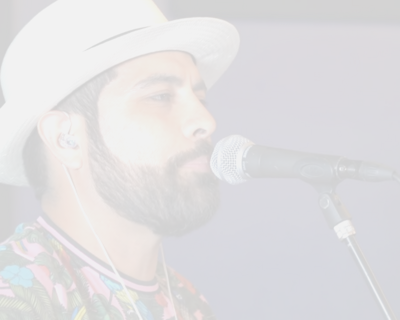