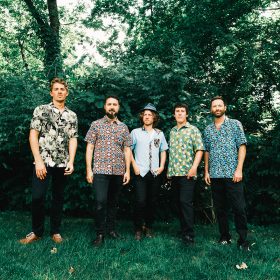 Fireside Collective delights listeners with memorable melodies and contemporary songwriting. Formed in the mountain city of Asheville North Carolina, the band plays original songs on stringed instruments, intended for a modern audience. Following the release of their debut album “Shadows and Dreams”, the band hit the road seeking to engage audiences with their energetic live show built on instrumental proficiency, colorful harmonies, and innovative musical arrangements.

Well what do you call it?

“Bluegrass, Newgrass, perhaps Progressive folk…” These are some descriptions mandolinist and songwriter Jesse Iaquinto chooses to identify with. “Depending on where you come from and your experience with folk music, you may think we’re very traditional, or on the other hand, consider us a progressive act. We appreciate both ends of the spectrum and may lie on a different end on any given night.” While roots music lies at the core of the Collective’s songs, a willingness to explore the boundaries and present relevant new material remains fundamental.

The band burst onto the scene in early 2014 following the release of “Shadows and Dreams.” The album weaves bluegrass, funk, rock, and blues influences into a refreshing representation of modern folk music. From the opening track “Poor Soul” with it’s energetic bluegrass overtones to the closer “Shine the Way Home”, the album takes listeners on a journey through simple love songs to complex themes such as metaphysics and coexistence. The album, recorded in Asheville at Sound Temple Studios, features guest musicians from Asheville’s rich acoustic music scene alongside members of the Fireside Collective.

2017 has been a momentous year for the band as they released their second studio album, “Life Between the Lines.” The album helped garner a nomination for an IBMA momentum award for best band. The band has been touring heavily to support the release of their new album with over 120 shows by the end of the summer. Fireside plans to continue touring throughout 2017 and hopes to release another album in the not so distant future.  If you revel in the sounds of acoustic instrumentation, enjoy the excitement of energetic live performances, and delight in the creation of original songs, then follow the Fireside Collective as they journey on in their musical endeavors.

Fireside Collective - Blue Is My Condition 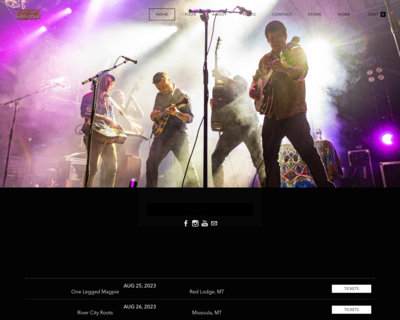