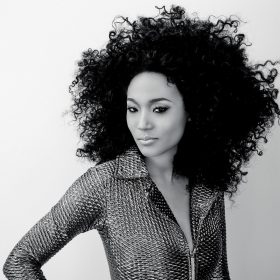 Multi-instrumentalist, Grammy award winning vocalist and songwriter Judith Hill spent the summer and fall of 2019 touring Europe, Canada and the US with her latest acclaimed studio album Golden Child, released in November 2018. She also started working on a new album due for release in 2020. Hill has already garnered much praise for her live performances as opener for the likes of her former collaborator and mentor, the late great Prince and soul man John Legend, among many others.

Golden Child was written, produced and arranged by Hill: brimming with the funky R&B for which she has become known — via her critically acclaimed debut album Back In Time and appearances on The Voice USA.

Judith, who wrote her first song at the age of four, has garnered praise from Rolling Stone for her “stellar powerhouse vocals.” In addition to penning and performing her own material, she has backed artists such as Stevie Wonder and the late Michael Jackson. Hers is one of the stories told in director Morgan Neville’s acclaimed and Oscar winning 20 Feet From Stardom, a film that shines the spotlight on the untold true story of the backup singers behind some of the greatest musical legends of the 21st century. The film also won a Film Critics Award and a 2015 Grammy for Best Music Film.