2019 Juno Award Nomination for Traditional Roots Album of the Year.

For millennia, humans have traced out meaning in the constellations. The stars have been watched and wondered at by poets, farmers, and astrologers looking for guidance and inspiration. On a summer night in 2016, these same constellations hung over the forests and rivers of Horsefly, British Columbia. Down below, a host of friends and family members were camped out in tents on the acreage of Pharis & Jason Romero. Since the release of their last album, the Juno Award-winning musicians and celebrated instrument makers had taken a year-long sabbatical from touring and recording to welcome their second child, build some banjos, and tear down their house and build a new one with the help of their local and extended community. But the stars had other plans in mind. As a fire came in the night to claim their shop, the Romeros found themselves surrounded by the community that came to support them. “I think being ‘pushed to the edge’ is a perfect way of describing how that summer felt. The day after the fire, support just started pouring in,” says Pharis. “It was overwhelming, this sense of receiving when we had absolutely nothing to give other than love and thanks.” And in the midst of the chaos of building and rebuilding, taking care of children, and feeding everyone, Pharis says, “music and songwriting were hovering at the edge but never came inside. There was no space to just sit and be and let thoughts, melodies, and ideas ferment.” These experiences and the growing sense of gratitude would soon be connected and drawn together through music, becoming Sweet Old Religion, Pharis & Jason’s first album made up of entirely original songs.

“Just weeks after everyone left all the music, all of the songwriting, it just began to flow immediately as if a tap was opened,” says Pharis. “There was suddenly this space for all those months of really big feelings–having our son, dealing with loss and change, and receiving so much love and support–to be gathered into this big swirl of ideas, feelings, and melodies. It just all started coming out like crazy.” Having been together for a decade, making music together, working together, and parenting together, the Romeros are at their strongest and most free on Sweet Old Religion. “Our lives have become so intertwined, even our phrasing and vocal cadences match like family,” says Pharis. In keeping with their handcrafted and homemade family business disposition, Pharis and Jason sought to make as much of the album live in their home as possible. Turning one side of their reconstructed instrument shop into a studio, they recorded with engineer John Raham and producer Marc Jenkins. The album also features Patrick Metzger on bass, John Reischman on mandolin, Josh Rabie on fiddle, and Raham and Jenkins joining them on drums and pedal steel. Musically, Sweet Old Religion carries a wide spread of influences, spanning from early 1920s jazz, blues, and country to 1960s songwriters like Levon Helm and The Band. The album also features songs inspired by their deep love of old music and rural life, with archaic banjo tunings where Jason moves between several of his own handmade instruments to bring out unique tones for each song.

Now Pharis & Jason Romero are back on the road, with a new workshop, a mostly finished house, and two kids running across the fields. The songs on Sweet Old Religion sparkle like stars. Together they form a constellation that tells an ancient and archetypal story visible to anyone who looks up at the sky on a summer night. And to all those who listen it whispers down below: “Slow down, dig deep, and love your neighbor.”

"Pharis & Jason’s luscious harmonies will get followers of any faith singing their praises.”
—RNR Magazine
”There’s something ancient and aching about the Romeros, a sound that feels like a reverberation from the past, even as the songs are a perfect antidote to this sped-up, modern world. Sweet Old Religion is particularly good medicine”
—No Depression 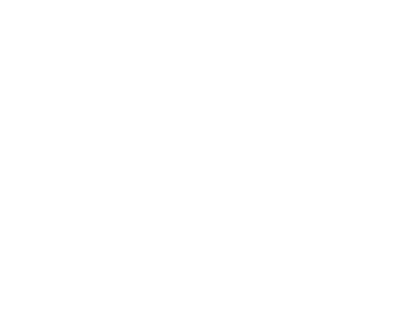