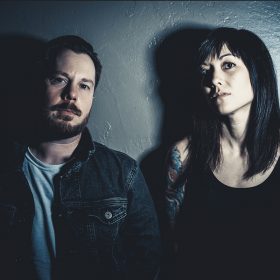 Pretty Gritty might be another duo emerging from a sea of female/male acts as of late, but there is nothing typical about these two. Sarah and Blaine have cultivated a sound that is both timeless and classic, yet they still succeed in bringing something fresh to the table, pushing rootsy-Americana sounds into an edgy, alternative space. These two have carved out a reputation as a must-see live act, allowing them to open for such acts as Local Natives, The Wood Brothers (SalmonFest), Lake Street Dive, Ben Sollee & the Kentucky Native, and Joe Newberry to name a few.

“There is something simply divine coming out of Portland Oregon and it’s the duo Pretty Gritty. Their release Seven Year Itch is a colorful palette of their songwriting and multi-instrumental skills. Sarah and Blaine have a sound that is a timeless treasure, they also succeed in bringing something fresh to the rootsy-Americana genre. Pretty Gritty is a flawless fit.”-Lou Flesh, No Depression

“Pretty Gritty is one of the most refreshing duos in the Folk/Americana space right now. They achieve a harmony and display a chemistry that no other male/female duo has managed to do in the modern era of Roots-Rockin’ sounds. SevenYear Itch is a must-add to your collection.” -Joshua Smotherman, Middle Tennessee Music 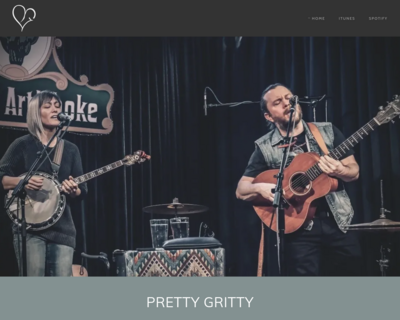