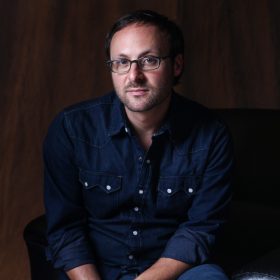 Robby Hecht first fell in love with the emotional potential of music as an awkward pre-teen in Knoxville, lying alone on his bed and listening to “Hits 100” on the radio. He hadn’t figured out how to talk to girls, but he was so moved by the music that one night he called in to dedicate Aerosmith’s “Angel” to a crush. He used full names. They played Mariah Carey instead. Robby will be forever mortified.

A couple of decades later, Robby tries to capture that same emotional resonance he felt during those earliest interactions with music. His music blends nostalgia with unabashed honesty: 1970s golden era of folk meets personal confessions of the Facebook era. He turns a lost battle with alcohol into a powerful country duet, weaves 2,000 years of history into a sparse musing on morality, and transforms insecurities left over from broken relationships and mental illness into deceptively catchy melodies.

These explorations of truth about the human condition, mixed with one of the clearest voices in today’s folk scene, are why Robby has become a presence on stage. Motivated by both his love of song craft and his ineptitude at competitive sports, Robby has won over judges at several major performing songwriter competitions including the Kerrville Folk Festival, Telluride Bluegrass Festival, and Rocky Mountain Folks Festival, not to mention an appearance on NPR’s Mountain Stage, a five-star review in The Telegraph, and a placement in the nationally acclaimed fiction podcast Welcome to Night Vale.

As a collaborator, Robby has had songs recorded by Meghan Linsey, Jennifer Knapp, Mary Bragg, Liz Longley, the Steel Wheels, Amy Speace, and many others. He often teams up with Nashville singer/songwriter Caroline Spence, writing and performing songs with goosebump-inducing harmonies.

Robby’s latest solo project, Me and the Fool I’ve Been, consists of five two-song sets, each including one song recorded with full production and one recorded with only voice and acoustic guitar. In many ways, Robby is still that kid lying on his bed, listening to the radio, daydreaming about a better life. But now he’s also the musician who creates that feeling, believing that everyday moments can be made a little more sublime with the right melody, a few choice lyrics, and a voice that cuts through the fray.

Keyboard Cat Saves Us All!

Groove On With Keyboard Cat! 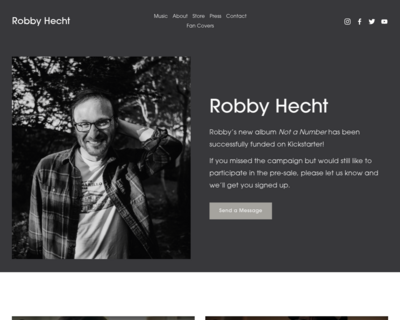