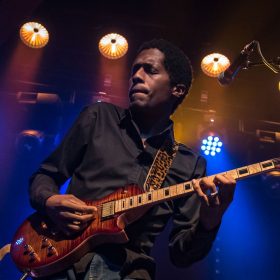 To say that Ron Artis II plays music from his heart and soul would be a bit of understatement. With his family upbringing and incredible early success, you may even say it has been pre-ordained. So how does one of the great musical talents of his generation come seemingly out of nowhere? Well, that part of the mystery is easy to solve. He’s been paradise’s best kept secret for years and now he’s finally making big waves on the mainland and beyond.

While developing his multi-instrumental prowess playing in the Artis Family Band, Ron quickly took to piano and guitar as his main modes of expression. His mastery of both—in addition to numerous other instruments—quickly made evident that he was special. As he got older and played more around Oahu, others quickly recognized his gifts as well. Mick Fleetwood (Fleetwood Mac), Jack Johnson, Jake Shimabukuro and many others recognized the incredible talent that was taking root on their isolated island paradise. Ron has gone on to play with all of them and more across Hawaii’s most prestigious venues.

Ron has a special treat for the much-loved audience of the Sisters Folk Fest this year. He’ll be playing with a new project, The Messengers, a soulful big-band that’s musically-engulfed in rhythm and powerful lyrics embodying the belief that “togetherness is the key to our future.”

Imagine closing your eyes and stepping into your soul, with nothing from the material world in your way; it’s just you and a deep musical experience! Think of the music of Bobby Womack, Fela Kuti, D’Angelo or Mumford & Sons, approaching major social issues with love and candor.

Be prepared to dance, cry, sing and laugh.

No Weight (From The Floor Series) - Ron Artis II 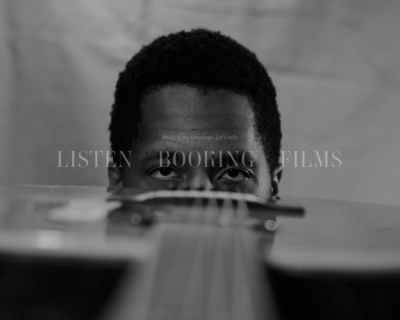