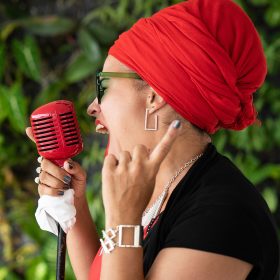 Telmary started her musical career with Free Hole Negro in 1999 before joining Interactivo in 2002, a stellar collective of Cuban musicians whose singular groove layers rap, funk, jazz and soul atop traditional Afro-Cuban rhythms. She launched her solo career with her flagship album A Diario, which won the Cubadisco award for Best Hip Hop Album in 2007. After seven years in Toronto, Canada, Telmary returned to Havana where she formed her band HabanaSana. She continues to collaborate with a flurry of Cuban and international artists including Interactivo, Pedrito Martinez, Los Van Van, El Ruzzo de Orishas, Descemer Bueno and Doctor John

Telmary has graced stages throughout Europe, Japan, North and South America. She performed at the Montreal Jazz Festival in 2008, participated in a tribute to Louis Armstrong with Dr. John at the Hollywood Bowl in 2013 and participated in the first Cuban music showcase at South by Southwest in 2016. Telmary & HabanaSana played the New Orleans Jazz and Heritage Festival in 2017 and 2018 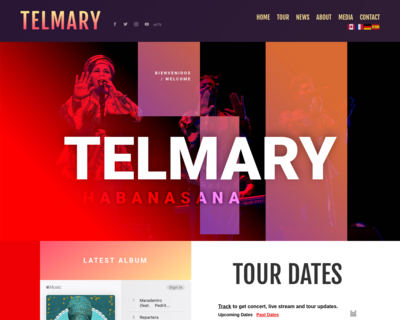