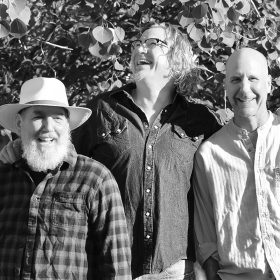 The Haymakers harvest from America’s musical pastures of plenty and bring that crop to market with their namesake punch. Seasoned journeymen of the Oregon music scene, the trio has reunited and returned to the Sister’s Folk Festival to celebrate the 20th anniversary of their very first festival appearance and to support the release of their new record, Second Cutting.

Longtime SFF fan favorites, they deliver a boot stomping show in which the love of their music, their audience and each other is palpable. Look for the Haymakers to trade instruments and roles as often as they shift styles from folk to blues, bluegrass to swing and back again. New material will be featured front and center, sharing the stage with crowd favorites from the past 20 years.