All of the Free Summer Concerts are at Fir St. Park in Sisters, OR
6:30 pm start

The word “freedom” evokes all kinds of imagery: running through a wide expanse of untouched nature, setting off on one’s own to explore parts unknown, standing up for deeply held beliefs—at the core, each of these manifests what it means to be free.

It’s fitting, too, that the word made its way into the title of Town Mountain’s new album, New Freedom Blues. As the Asheville quintet’s sixth studio album and the follow-up to 2016’s Southern Crescent, New Freedom Blues marks an exciting new chapter for the band—one in which they fearlessly consider what it means to make bluegrass-influenced music in the modern era and one that should be a welcome listen for fans who have come to love the band’s raucous, no-holds-barred live performances.

“The album is somewhat of a departure from the sound that we’ve typically recorded, our ‘bluegrass’ sound,” banjo player Jesse Langlais explains. “We took the songs at their face value in the studio this time, as opposed to trying to take a song and make it fit inside certain bluegrass parameters. It morphed into this idea that we should be playing the songs for what they are as opposed to what we thought they should be.”

“Having a full drum kit on the record gave the songs a bigger sound,” mandolin player and vocalist Phil Barker says. “Miles has a great musical sense, a deep pocket, and rhythmically, a strong foundation. With him and Zach [Smith] playing together, it was a solid wall of sound for all of us to ride on. He’s really intuitive about what a song needs, when to give it space, and when to make it rock a little harder.”

The album opens with the title track, a hard-driving roots rocker about the bittersweet feeling that comes after making the difficult decision to end a relationship. Anchored by a propulsive beat from Miller and featuring virtuosic displays of musicianship from the players themselves, the track seamlessly bridges the gap between the band’s old-school influences and their progressive, genre-bending inclinations.

“New Freedom Blues is about the feeling you get after you’ve broken up with someone or done something you thought would be best in the long run,” Barker explains. “You keep telling yourself it was the right thing to do, but the second-guessing hurts like hell. The song specifically talks about a relationship, but the feeling could be applied to any life decisions, political or otherwise.” 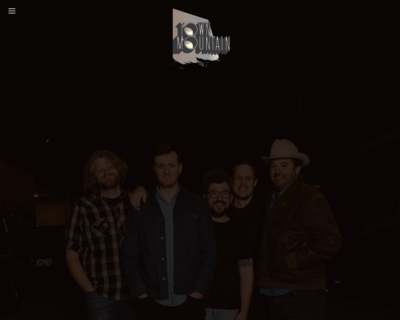