DYNAMICS IN PERFORMANCE: A FOUR-WEEK WORKSHOP SERIES WITH BETH WOOD

Have you even been mesmerized by a musical performance, or taken on a journey while watching someone perform a song? Performers intentionally use dynamics to engage your ears, eyes and mind. The formal definition of dynamics in music is the variation in loudness between notes or phrases. The execution of dynamics also extends beyond loudness to include changes in timbre and tempo, body language, facial expression, and more. Beth Wood will lead us in an exploration of dynamics as it pertains to performing your songs with the ultimate goal of delivering you story in a powerful and engaging way.

In this four-week workshop series, we will delve into your dynamics toolbox. We’ll explore tips and tricks for providing your performances with variety, movement, and emotional arc. We will address how breathing, awareness, zooming out, phrasing, and song-mapping tie in to delivering an engaging performance. Come prepared to share a song or two – they don’t have your songs, just songs that you’d like to work on. Let’s have fun and learn from each other!

WRITING THE SONGS ONLY YOU CAN WRITE: A SIX-WEEK SONGWRITING WORKSHOP SERIES WITH BETH WOOD

Stories live within each of us. Songs can be powerful tools for preserving and honoring story, expressing emotion, and sharing your unique perspective. In this interactive six-week workshop we will work together in a safe, non-judgmental space to access our unique stories and translate them into song. What are the nuts and bolts of songwriting and how can we utilize them to convey our message? How do words suggest melody and vice versa? How does song form influence the communication of a narrative?

We will explore tools for beginnings and engage in wordplay exercises and guided free-writing. We will examine songs as examples and refine our awareness in noticing the choices that songwriters make. We will write, share, listen and learn from each other. Bring your open heart, your open mind and your curious spirit. All levels of songwriting experience are welcome. 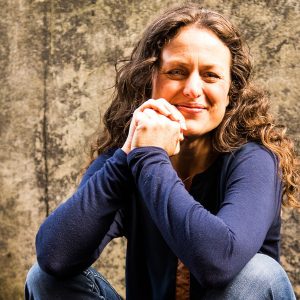 Texan-raised, Oregon-based singer-songwriter Beth Wood has labored in the world of independent music for 23 years, morphing from a young classically-trained, folk-tinged singer-songwriter to a wailing southern rock band leader to a college-circuit coffeehouse sweetheart to a well-respected nationally-touring poet and troubadour. Through all of these incarnations, Wood has remained true to herself and to her artistry; she has done it her way.

Out of that fierceness and commitment to her craft comes a body of work that cannot be denied. Wood’s twelve independently released solo albums and one duo album (Stand and Sway) have gained her a fan-base that is loyal and true, and her creative work has earned her the prestigious Kerrville Folk Festival New Folk Award and the 2019 Oregon Book Award Peoples’ Choice Award for her poetry book Ladder To The Light. In addition to her records, Beth has released three books of poetry and one book of silly essays about ridiculous merch table conversations.

Beth Wood is a modern-day troubadour, poet, and believer in the power of word and song. Beth’s work has expanded to include teaching and song coaching, as well as leading workshops in creative writing, performance dynamics, and singing at festivals, songwriting retreats and beyond. Beth believes that engagement in the process of creation is as important as its outcome, and that there are no wrong notes. She lives in Sisters with her loyal dog Bailey and is continuously writing and rewriting her artist’s manifesto.